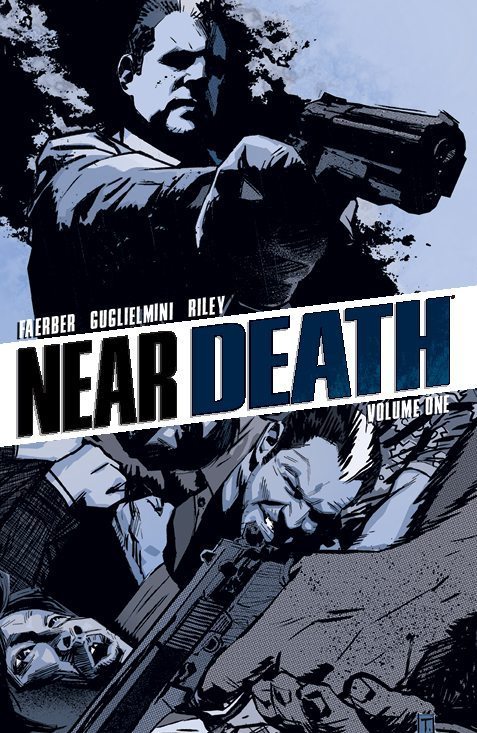 Great read. I picked up Near Death as an extra and now I’ll have to put it on my regular pull list at my shop Comicazi in Somerville MA. This is as good as Criminal by Brubaker; I’m sure you’ve seen it. Even the art is comparable. If you keep going like this, you have a killer on your hands, if you know what I mean. I understand the art being placed in Seattle, just as Stumptown was placed in Portland, Oregon.

I recognize both places; I lived in Portland while I was a fugitive for two years; finally got caught and rendited back to Massachusetts after a 3 month legal battle. But I miss Portland. The West Coast gets in your blood but I’m settled now and write for a small newspaper called Spare Change News that helps people in dire straits get back on their feet.

I started with them when I was a homeless junkie and now I’m clean, happily married and comics have replaced heroin as my addiction. Just ask my wife. Your portrayal of the underworld is realistic and the story in Near Death just pulls the reader along. I did a poetry reading while I was serving time and the tier was going crazy and all of a sudden I realized that I was pulling everyone towards a riot. They were chanting, “Goldfinger, Goldfinger, Goldfinger.” So I pulled back and started reading love poems. Slowly the mood died down. After it was over one of the guards thanked me for slowing it down. When I got back up on the tier one of the hard cases said, “Why did you take it down. You had ’em. We coulda ripped out!”

Well, the last thing I wanted to be in the middle of was a prison riot. Especially when the finger pointed to me as the instigator.

In prison some of us grow up; some of us get harder. In Near Death Markham, your “hero” has had a life-changing experience. He’s still in the game but in a more dangerous sort of way. I’m looking forward to your continuing tale. You guys are the balls!

By the way, if you haven’t checked it out yet, a good show on TV is called Breaking Bad. It’s well-done with good character development and suspense. It’s realistic too. I know. I came out of that world alive. — Marc D. Goldfinger