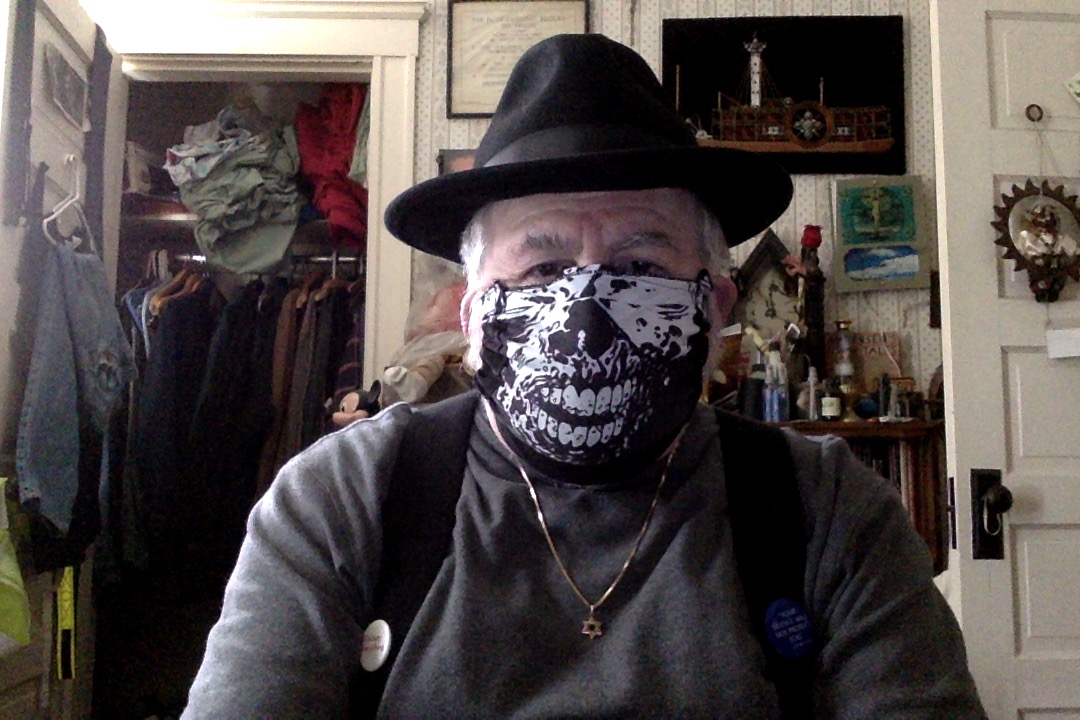 “For George Floyd: The whole World was watching”*

Shawn Mottram, killed dead on October 12, 1998 by
what Trooper Joseph Stone said was an accidental
shot when he slipped while climbing a chain
link fence with gun in hand. A kill shot.
Stone shoots so well by accident that he can split
a bullet in the air with a second bullet fired
from the same gun. A spokesman for the State
Police, Lieutenant Maloney, that sounds a lot
like baloney, said the shoot was unintended,
an “unintentional discharge”, not to give unwanted
life, but to take that life. Like, he didn’t mean to do it.
Now the officer, a stone of a man, is distraught
and needs counsel so he can go on.
Go on with his life, which he still has.

Fred Mottram, the father of he who was accidentally
direct-kill-shot-dead asks, “Why was the trooper’s gun
out?” Answer. Guns work better when
removed from holster. Shawn, unarmed, shot dead in the
heart through his back, had nothing to say.
The Mass Stated Police will investigate,
giving Officer Stone three days off, with pay.

Hong Byong Chul, 40, killed May 10, 1996 by LAPD for making
noise, banging on signs, and yelling while
running in the street. After being beaten,
drop-kicked in the neck by police, he died of what a police spokes,
another Public Relations Lieutenant, said was natural causes.

Abner Louima, 30, not dead yet but not for lack
of police effort, had the wooden rod of a toilet
plunger rammed up his rectum by Brooklyn
Police. Everyone denied everything but the shit
was on the plunger.

Antonio “Tony” Gutierrez, 14, killed dead on
July 29, 1995 by one Officer Falvo, shot in
the back. The eternal-omni-present Police
Spokes said the boy pointed a gun
at the police and then threw it away when
the bullets were flying yet there were no finger
prints on the gun and, since he was shot in the back,
it was obvious he was pointing it
at them from over his shoulder, an old
party trick he had learned from hanging with
William Tell, Wild Bill Hickok, and William
Burroughs. Tony was buried, the investigation
was buried; Officer Falvo, after a thorough internal
investigation, was promoted.

Leon Fisher, 23, shot twice and pepper-sprayed
by police while hand-cuffed in Nashville, Tennessee
for running from a traffic stop, died
of his injuries while police stood by and chatted.
Leon, a Black man, spilled his hand-cuffed life
Into the street.
The Nashville mayor denied any racial component to the kill. No cops
were disciplined and the Police Spokes was seen smiling and nodding
as the video tapes were spinning.

There was a man in Baltimore
shot dead while standing still.
There was a man in Springfield, Mass kicked
in the head while cuffed.
There was a woman in Los Angeles shot
twice in the chest and seven times
in the back. Some of the bullets
had mushroomed.
This means those bullets had been fired at her
while she was lying on her face.

Spoked Maloney, in Massachusetts, after
Officer Stone killed Shawn Mottram, said
there were other officers nearby. He declined
to say what they saw. There will be

an investigation and then, as usual,
the police will get away with murder.

*published in 2011 in Liberation Poetry, An Anthology edited by Tontongi and Jill Netchinsky—showing this has been going on a long long time.”