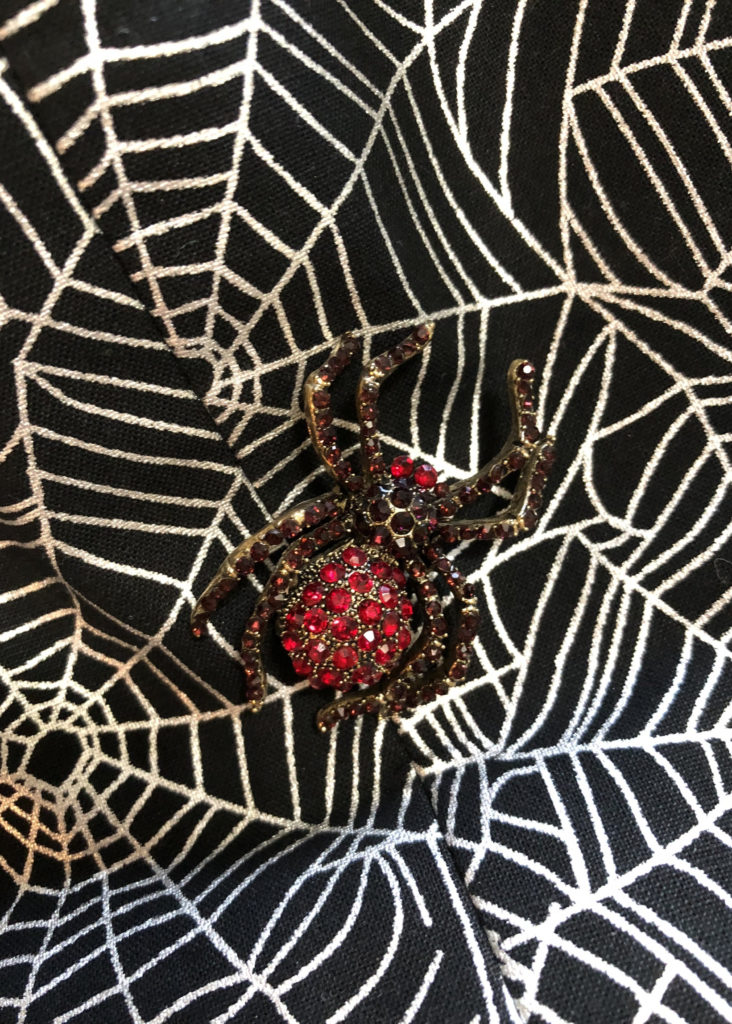 The Farm is nestled in the hills of scenic Merrimack Valley. It is honeycombed with semi-sealed tunnels where the vicious Merrimack Mongeese are raised. They are tended to by bipedal lizards known as dragons by the population at large.

These dragons are hopelessly addicted to the bone marrow powder of the mongoose. Incisions have been made on their necks into which tubes have been inserted into the main vein. Two liter skin sacs have been surgically grafted on to their scaly shoulders. These sacs contain potent solution of powdered marrow and it is constantly released into their blood flow.

The Dragon Keepers are entrusted with the care and feeding of the Merrimack Mongeese. Their lives are always at risk due to the vicious nature of these animals. The Dragon’s loyalty is insured by their addiction and the potential for them to become Chief Tenders. This is a cosmic state that can be achieved by only 1% of those who ingest the precious solution. More on this later.

“from the books of Tending: Births of Major and Minor Queens—by InsectO-War”

Dreams, Dragon-child of the sinister Insect-O-War, slipped through a minuscule crevice. A faint mewling sound eerily made patterns of fear in his flickering eyes. He widened the gap on his flow tube. The sudden influx of marrow cleared him. He probed with scaled phalanges through the inter dimensional mesh; made contact and gently pulled.

Greenspur tingled with the touch. There was a moment of indecision and then she responded, her scales glowing. As they stared at each other, Dreams motioned for her to raise her flow. Unwittingly, she opened it to maximum. Greenspur swayed with dream punch! Dreams quickly enfolded her as she went deep. He tried desperately to close her flow tube. Too late, too late.

She became solution, eyes aglow with visionary light. Dreams knew Greenspur had passed the Veil. And just then, a flock of mongoose entered the catacomb. Dreams began the chant of Passing, in the fervent hope that he could prevent their Spirit-loss as the flock approached with malevolent intent. A gentle humming suddenly filled the chamber. The mongeese paused, then stopped. Still standing, they began to croon; they offered their marrow. Dreams stared at Greenspur. She flickered with the White Light. The mongeese lay down in front of her. A new Chief Tender had been birthed!

“The Breech: First Stages—by the Destroyer, Queen sister of Insect-OWar.”

A dense fetid mist rose out of the multiple sewer pipes which extended into the streets of Innner City. Inner City, the final distribution point of the Marrow, was quiet. It was three hours after the midnight.

Tracks, an Inner City trafficker in the powder, was waiting for a major drop. He reduced his flow-tube to a trickle to maintain a state of steady-sickness in order to facilitate flight through dimensional walls, if necessitated by the appearance of the infamous Wart-Hogs.

The Wart-Hogs were the Dream Police whose avowed goal was to rid the world of the Marrow by tracing it to its source and destroying the mongeese. This would alter both time continuum and the entire fabric of space irrevocably. The Dragons would have no more reason to time-slip, which would mean the end of the world, as we now know it, that is.

Molecule movement commenced. There was wind, a shimmering light, and a Keeper stepped into the alley with a sac of powdered Marrow. Tracks handed him the Sacred Meat and 40,000 gold drachmas. Another shimmering, and the Keeper faded.

Tracks moved into shadow with the sac, dimension-slipped into the Cutting Room and, with a sigh of relief, turned up his flow. He began to drift.

Dimmer flicked the tracer on as Tracks began to dimension-slip. A gossamer reality thread trailed off and Dimmer clicked his mandibles gleefully, then radioed home base for an assist. His partner, Cold-Shake, immediately pulled up. The motor on his D-cruise, a high tech slipper, was humming. Dimmer slipped the side-rail and they followed the tracer. They homed in on the Cutting Room.

Tracks, unaware of the closing Wart-Hogs, was traversing a heavy drift. Suddenly, the sensor flashed, signifying an unauthorized presence. Before Tracks could react (due to the drift his reaction time was delayed) the D-cruise shattered the Time Wall, entered the Cutting Room and sparkled to a halt. Suddenly, the room was full of airborne Marrow.

Unaware of the drifting powder, Dimmer and Cold-Shake leaped from their vehicle and snapped a collar on Track’s flow-tube. Tracks realized that, if he tried to slip, he would lose his flow-tube. He tried to cool out but the thought of being tubeless was too much for him. He would be a reptile without a solution. He breathed deeply and then it hit him—-Marrow in the air.

Dimmer flicked on the waver to call for a warrant and then—he began to flake. Dimmer and Cold-S. This was a serious and unique situation. A Cutting Room had been probed, which was unusual in itself, but to make things even stranger, two WartHogs had become addicts. Shit happens.

While Dimmer and Cold-Shake remained in Dream-State, Tracks set the stage for a coup. He made incisions in the Wart-Hogs necks and inserted electronically controlled flow-tubes. He grafted two-liter Marrow sacs onto their shoulders and set the eclectro-monitors on 70% flow. This was the solution to all their problems.

Dreams, a powerful Keeper now, due to his relationship with Chief Tender Greenspur, surveyed Tracks handiwork and was satisfied. He offered Tracks thirty sacs of powdered Marrow and the Inner City trafficker primed his tube. He delayed the flow just long enough to be sick and he slipped back to Inner City for a meet.

The lights were tracing arcs on the walls. The hum of music webbed the atmosphere. The click of flow-tubes was all around him as he entered the Kaleidoscope Eye Bar. Dragons had glued themselves to dimension-blockers to keep from slipping through in Marrow hunger and their eyes came out on stalks when Tracks slipped in and did a heavy flow.

The room came alive with vibrating Dragons as, one by one, they made the connection. The potency was high. Some Dragons would never leave the bar again. No one would complain.

“Tales Of Communion: by the Destroyer, Queen Sister of Insect-O-War”

The blackness lifted and it was clear. Greenspur could feel the raw pulse of thought spinning through the mongoosian mind. She became as one with the flock. She felt their hunger for the Sacred Meat and she understood why their need must be fulfilled.

In the final stages of the addiction the Dragons become catatonic. The only thing they need to sustain life, of a sort, is the solution. They become the Living Meat. Parts of their flesh are sectioned off and become payment for the Marrow. It is the only currency they have left in the end states of the addiction. This meat is then combined with the regular mongoose feed.

Greenspur knew the craving of the meat by the mongeese. She also knew the intense pull of the powder. She knew that only the Chief Tenders were Dragons with mongeesian minds. Only a female could become a Chief Tender.

No male Dragon had ever survived maximum flow. Greenspur was stunned by the symbiosis, the parasitic nature of need on the part of the two species. It was a unique enslavement.

The mongeese sang to her. She hummed and twirled her flow-tube with wild abandon.

“Fixing The Beasts: by Insect-O-War”

The smell was rank. The two mascot mongeese were snarling and slavering. Their leashes were pulled taut. The green sinews of Greenspur’s forearm rippled with the strain of holding them back. Dreams slithered along beside her, nervously playing with his flow-tube. Tracks moved on ahead of them all, time and again apprehensively glancing back at the mongeese. The mongeese were in Meat Rage. If they broke loose, the closest Dragon would be the food for their habits.

A yellow-tinged Dragon stepped out of a darkened building and waved them on. Their pace quickened. Tracks disappeared into the doorway. Greenspur and Dreams waited. Tracks reappeared and waved them in.

The smell overpowered them all. The mongeese murmured with need.

The yellow-tinged Dragon turned his flow-tube to maximum and held his arm out to the mongeese. As they savaged the pure Meat of his arm, his eyes pinned and he smiled with the satisfaction of need meeting need. He had become the Meat.

Six other Dragons with yellow skin lay about the room. Dreams moved about, turning all flow-tubes to maximum-flow and slipped everyone in the room to the caverns of the mongeese. Their eyes were glowing in the darkness. The caverns hummed with animal sound. The Keepers moved back as the mongeese came forward to feed.

“A Direct Communique from Insect-O-War: In The Solution”

Here I sit under the influence of the mother-lode-mind-flaker. I see twisted spiders dripping green ooze from the walls of Abbey West. There are unidentifiable small creatures spinning helplessly in the webs, the sinister webs of their incommunicable reality.

Listen. Listen. I can hear these tiny trapped creatures cry out into the cavernous reaches of the tunnels while being sucked dry by the between dimension beings that spin lysergic acid webs. These creatures have no eyes yet they can see things that a reptile like me, the simple savage Insect-O-War, can never even begin to comprehend.

Are we not all strange scaly reptilian creatures spinning webs of our own making at warp-light speed while looking for our fatal connection, who sits, no doubt, in a quiet celestial barroom counting his gold drachmas from his last sale of the bitter-sweet solution to the problem which plagues us all. Feelings. Ah, yes, feelings.

I rotate my flow-tube counter-clockwise seeking the lethargic dream state that the powdered bone Marrow of the vicious Merrimack Mongeese produces. I ponder the after effects of the stuff whereby the walls of the dimensions become sticky and penetrable and reptiles like myself must purchase more and more to maintain a solid base within the dream world of Powers beyond. It is a one-way journey to the world of Under-Soil, the home of that great shifting galactic structuring of what is commonly misconceived as the real and known throughout the cosmos as Inner City.

Inner City. The home of the cosmic connection. The final distribution point for the powdered Marrow solution.

Listen. You can hear the clink of coins as the connection counts his gold drachmas. Watch! There is a reptile slithering his way. Look closely. Can you see the packet of Merrimack Mongeese powder in the connection’s hand? Can it be? It seems to shimmer in the glowing dusk light of evening.

Watch! Don’t even blink. They are making the exchange. Marrow flows to its object. Its object becomes its subject. We are all subject to the call. See the reptile. See him run. He is embarking on an endless journey. No beginning. Never-ending. For the reptile, the powder is the solution. It is the only solution. There are many ways to ingest it. There are many ways to die.