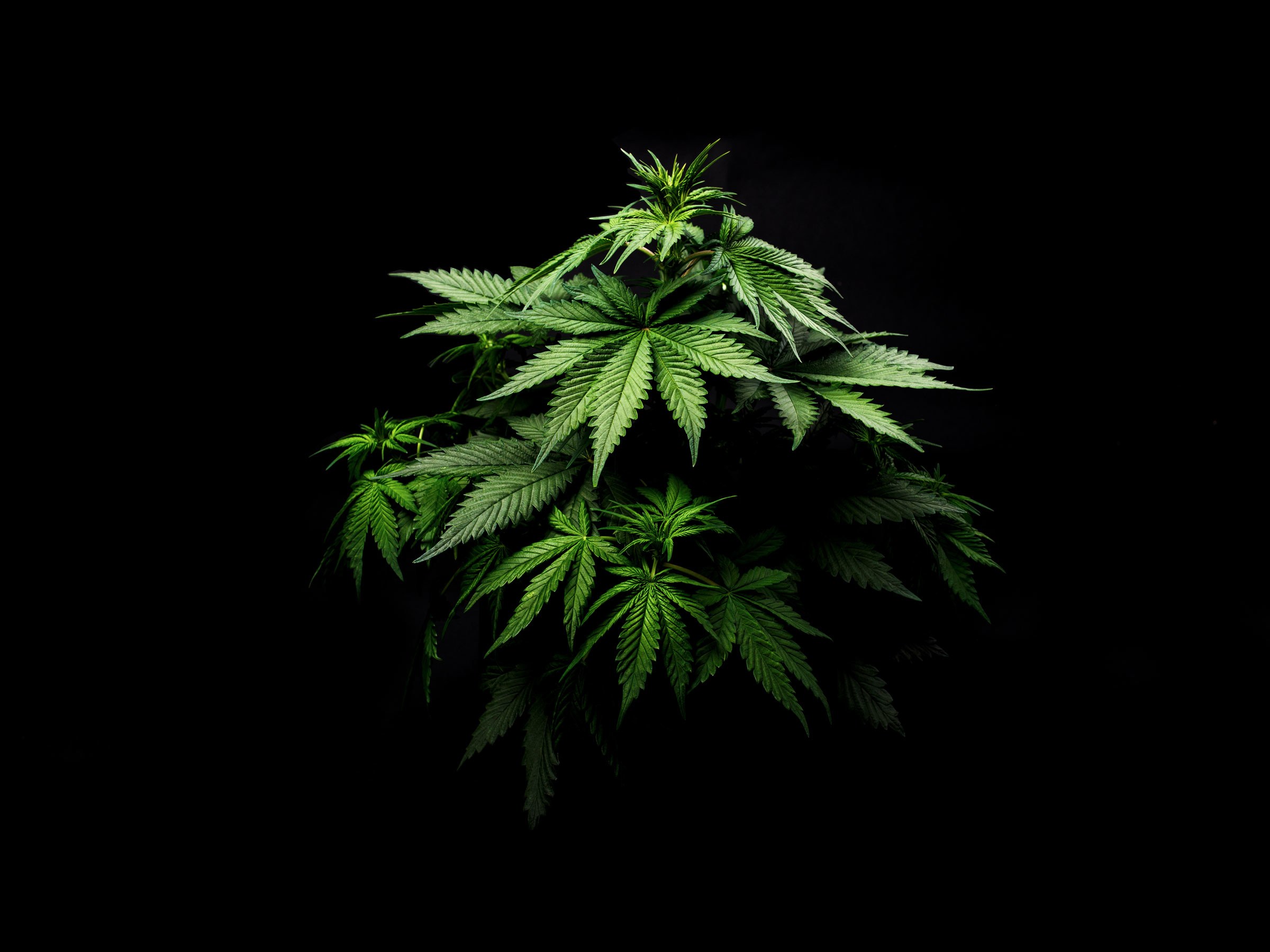 I was sittin’ around the clubhouse peacefully suckin’ down a brew when the phone rang. From the way the day had been goin’, I knew that somethin’ was wrong. It had been too good of a day. It was a real nice late summer afternoon and I was just gettin’ ready to hop on my scoot and take a leisurely cruise.

I picked up the phone and almost freaked. It was my peace-lovin’ hippie cousin whom I hadn’t heard from in about two years. He had moved into the country and dropped out of sight some time ago. The last time I saw him was at his wedding. He was layin’ some shit on me about peace and love bein’ the only hope for the world and I laughed in his friggin’ face and lifted my leather to show him my piece. I told him that was the only answer for me. That, my scoot and a stray piece of ass once in a while. He had frowned and said, “well, we all have our own paths to follow, man,” and then he walked away with his hippie lady on his arm. He took to the hills while I laid back in the city and I heard through the family grapevine that he had been doing real well growin’ some sweet smokin’ cash crops up there.

He sounded awful uptight on the phone and was rappin’ some shit at me so fast that the only thing I could get out of it was that he’d run into some trouble and could I get my ass up there to help him out. Even though he was some weirded out peace freak he was still family so I packed my scoot real quick and got in the wind. It was a fine day for puttin’ but my head was buzzin’ about what was goin’ down. I didn’t figure that it was any light shit ‘cause he’d never come callin’ on me for help before. I mean, we were both into the dope scene but our lifestyles were so friggin’ far apart that he could have been a chestnut hangin’ on the family oak tree, you know what I mean. I was into fuckin’, fighting and puttin’ and not necessarily in that order and he was always into meditation, peace and farming and he was always gettin’ arrested for things like blockin’ trucks that were bringing parts into nuke plants and the like. When I got slammed down it was always because I was havin’ too good a time or bustin’ some heads, so go figure.

After a few hours of jammin’ down the highway, I hit the back roads and really was crankin’, leanin’ into the curves like nobody’s business. Suddenly I dug that I was close to my cousin’s pad. I almost laid my scoot down, as I screamed into his dirt drive but I hung on and kept my shit together. Old cousin and his hippy lady’s digs were up that drive about a half mile and I can tell you it was a hell of a change from them city streets I was used to. I pulled up and shut down my machine and the friggin’ quiet almost knocked my eardrums for a loop.

And there he was. I couldn’t believe my not-so-baby-browns when he come out of that house totin’ a double barrel on his arm. His lady kind of hung back at the door and I could see the fear radiatin’ from her pretty orbs like they was double haunted moons. I didn’t know what the hell to make of the whole scene but I knew somethin’ strange was shakin’, that’s for goddamn sure. My cousin laid the tale on me right quick. That old hippie had a way of makin’ things crystal clear. Seems like he’d been tipped that some serious dudes down city way had caught wind of that sweet crop that was real close to harvest and they were comin’ up packin’ some heavy artillery and the word was out that they didn’t want to leave any witnesses. I looked at his pretty woman standin’ in the doorway and then this cute little rug-rat came out of nowhere and was hangin’ on to her so as to keep from fallin’ and I dug the whole scene and knew that they was needin’ my help for sure.

I could tell by the way ole’ cuz was cradlin’ that shotgun that he wasn’t too familiar with it. I asked him if he’d ever shot the friggin’ thing before. He said he never had much truck with guns and he’d only held one in his hands two other times. Said he’d never shot one before today. He had blown off a few rounds earlier today and was sore as hell from the kick-back. I looked into his eyes and they had a fierce look that I never seen in ‘em before. I didn’t bother to ask why he hadn’t booked with his family. This was his place and his home for his lady and kid and he was damned determined to make a stand. These guys comin’ up probably figured, like I had before, that this longhair peace freak wasn’t goin’ to be any trouble at all but his eyes were tellin’ me somethin’ different. He looked at my scoot and then at the barn and I got the picture right away. He didn’t want to lose that element of surprise. They was just expectin’ this helpless old hippie up here alone with his old lady and the little tyke. I stashed my scoot real good in the barn and I couldn’t help admirin’ the way he had thrown the damn barn together. It was all pegged and shit. It didn’t look like he had used a goddamn nail in either the barn or the house; all old style workmanship. You could tell that he took the same pride in his country pad that me and my bro’s take in our scoots.

He walked me out to his fields and I almost shit my drawers. That sweet skunk smell hit my nose and I almost stoned right out on the scent of it. It was the finest lookin’ and smellin’ sinsemilla that I had ever seen on the hoof, so to speak. I knew I was lookin’ at over 60 K worth of mean green ‘cause the going price on that quality shit was over two grand a pound wholesale. It was all pruned and ready to go. I could see that he had put in some major time and sweat and these babies and I understood why he wasn’t goin’ to break and run. He gave me a flicker of a smile and handed me a joint. I lit it up. I sucked down on it hard and it had a sweet taste all the way down. Then it expanded like a helium-filled balloon in my lungs and suddenly I was coughin’ so hard that phlegm was flyin’ across the field. I passed the joint back to him and he told me to go easy on them hits, that it doesn’t take much. He toked real easy on it and held it in with a big friggin’ grin on his face. By the time we did that number in I didn’t know where the frig or what; I’m sure you’ve been there yourself a couple of times.

Then the blasted hippie starts talkin’ strategy to me while I’m tryin’ to navigate through all the damn colors. But when it comes to battle plans my shit is pretty together so I copped a listen and dug what he was layin’ down to me. He knew the lay of the land here and these dudes comin’ in didn’t so that was one edge we had and I figured since they didn’t know I was here, that I was the other edge. He looked at me real earnest-like and said that he didn’t want these rip-off creeps to even get close to the house. He wanted to lay for them in the woods by the drive. He figured they weren’t hip to the fact that we were expectin’ them and he was right as it turned out. They also didn’t expect him to be packin’, you know what I mean. Those hippie freaks don’t usually have no truck with violence and they thought they were gonna be in for an easy take-away. My cousin showed me a nice spot for us to lay and wait. We hunkered down and sat tight.

About two in the mornin’ these chumps pulled into the drive in their friggin’ low rider and we got down to business. My peace-lovin’ hippie cousin blew out one of their tires with one barrel and hit ‘em with a spotlight that he had wired from the farmhouse. One chump hopped out with a snub-nose .38 in his paw and I popped him right off. He slammed back against their cage with a stunned look on his face and a friggin’ hole you could slip a planet into in his chest. Cousin blew out the driver’s side window with the other barrel. I watched as the driver turned from man into meat in one second. I saw the nozzle of a mean lookin’ piece slidin’ out of the back window and I peppered that mothersucker with my magnum before he got off a shot. Only one of the slickers was left alive and he was hit. He staggered out of the cage mumblin’ some shit and my peace-lovin’ hippie freak cousin hit him with both barrels before he could even finish whatever it was he was sayin’. Suddenly it was country-quiet again except for the sound of somethin’ drippin’ into the ground. I didn’t have no doubt about what that was. I looked at my cousin and he looked back at me. He said we better run this pig food up to the house. I asked him if feedin’ those hogs meat wouldn’t make them vicious and he just smiled at me and said that once in a while it don’t hurt.

I figured that no one was gonna come lookin’ for these low-life dudes or their cage and he was inclined to agree with me. He told me that he would strip down that low-rider and use it for scrap, maybe stick the engine in one of his tractors or his truck. For a dumb hippie, he had some pretty good ideas. After we fed the pigs and cleaned up in the river, we went back into the house. His lady asked what happened and he smiled at her. He said that we scared those dudes so bad they just left their car and, last he saw, they were runnin’ lickety-split down the highway with salt-shot burnin’ up their asses. She copped a worried look on her pretty face and he checked it out and said, “don’t worry babe, they’ll never come back.” She didn’t ask any more questions, just made some coffee and we sat back and smoked some fine herb. Morning came pretty quick. I told him that I better be puttin’ back to the clubhouse. He winked at me and said for me to stop back anytime. Anytime. Me and my buddies were always welcome was what he said. I wheeled my machine out of that fine barn. He handed me a big packet of some of that sweet green and I tucked it into my saddle bag. The last thing he said to me was that we all got our own paths to follow and one might never know when they’ll cross.

I laughed and kicked over my machine. Then I got in the wind.