“Look down, LOOK DOWN along that junk road before you travel there and get in with the Wrong Mob” — A word to the wise guys — William S. Burroughs

Heather took the gun from her pocketbook, pumped one bullet into the chamber, spun the cylinder and placed the gun to her temple. She pulled the trigger. There was a hollow click and her laughter filled the air. As usual I watched her with a mixture of amazement and fear. How the hell can she do it? It was like she tempted fate with every turn of the screw. She filled the gun with bullets and tucked it into her jeans and the dangling blouse concealed the weapon. I parked the car around the corner from the pharmacy. It was early evening and the small country town was quiet. The mom and pop pharmacy, almost legendary in its rarity, beckoned to us with hidden promise. The neon sign flashed the word “drugs” over and over. Heather pointed to the sign and chuckled with soft sensuous laughter. We entered the store. The old woman was near the cash register and the bespectacled, gray haired gent was behind the prescription counter. Heather strutted up to the register and, with one swift practiced movement, put the gun in the elderly woman’s face.

“If you want to live, you’d better give,” Heather said and looked at the old man in the back. “We just want the dope. You can keep your money and your worthless lives.” Heather held the gun to the bridge of the old woman’s glasses. The old lady’s eyes were bugging out of her head. The pharmacist stared at the gun and pleaded with us not to shoot his wife. His wife didn’t say a word. She couldn’t take her eyes off the gun. I moved quickly behind the counter and handed the pharmacist a pillow case. I told him to fill it with just narcotics. I just wanted him to do it so we could all go home alive. As he opened the narcotics cabinet and began filling the case I saw a movement out of the corner of my eye. The old lady was moving. I heard the shot and she slammed back against the cough syrup counter. Blood covered the old woman’s face and she fell to the floor. The gun in Heather’s hand looked like it was smoking. My mind went wild. The pharmacist was staring in shock and disbelief.

I leaped toward the old man before he could react and pushed him down. I grabbed the pillow case from his hands and swept the contents of the narcotics cabinet into the bag. The pharmacist struggled to rise. Heather ran towards us and all I could see was the gun in her hand. I yelled for her not to shoot but the sound of gunfire echoed in my ears again. The old man jerked backwards and crumpled up like an old rag doll. A wave of paralysis washed over me. The drug bag dangled from my hand. My eyes were glued to the wreckage around me and I couldn’t believe what my vision was telling me. I stood immobilized until someone grabbed my arm. Heather pulled me to the door.

We jumped into the car. My hands were shaking as I fumbled the keys into the ignition. The engine roared into life and we raced down the street. I looked at Heather and she looked back at me. I asked her to fix me because my nerves were blown into the cosmos. She started laughing and pulled the morphine shakers from the bag. She popped the plungers out of two syringes and dropped three tabs into one, two tabs into another, and drew water into both syringes from our drinking jug. She whipped a belt around her arm. Her veins rose like rivers during flood season. She plunged the spike into her arm, drew back the plunger; blood register, she slammed it home. Her eyelids looked heavy and she smiled as she cleaned the blood out of the hype. She lit a smoke and handed me the belt. I tied off and she tapped the point into my vein. I kept one hand on the wheel. My heart was pounding as red blood ballooned into the barrel. She slipped the plunger and loosened the belt with one quick motion. I felt myself moving away from the world and my vision became blurry. I heard a horn blow. There was a screech of brakes but no impact. Heather was shouting at me and I forced myself to a state of partial attention.

Heather reached over and placed a lighted cigarette between my lips. She smiled at me. Her face was glowing. The excitement of the past events had brought us to a state of arousal and she made a soft, growling sound in my ear. I looked at her and her pinned eyes were gleaming. She fondled the gun; she spun the cylinder. She was so beautiful. She placed the barrel to her temple. She pulled the trigger and the roar of the gun filled the car. 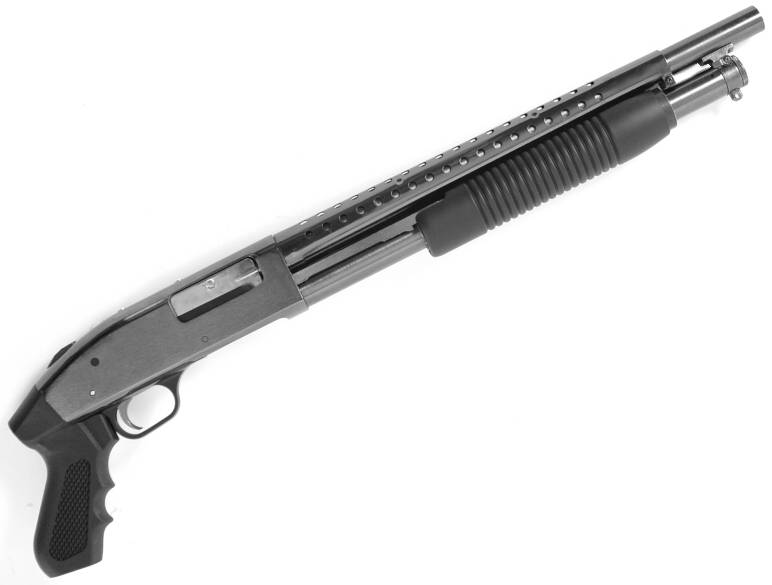