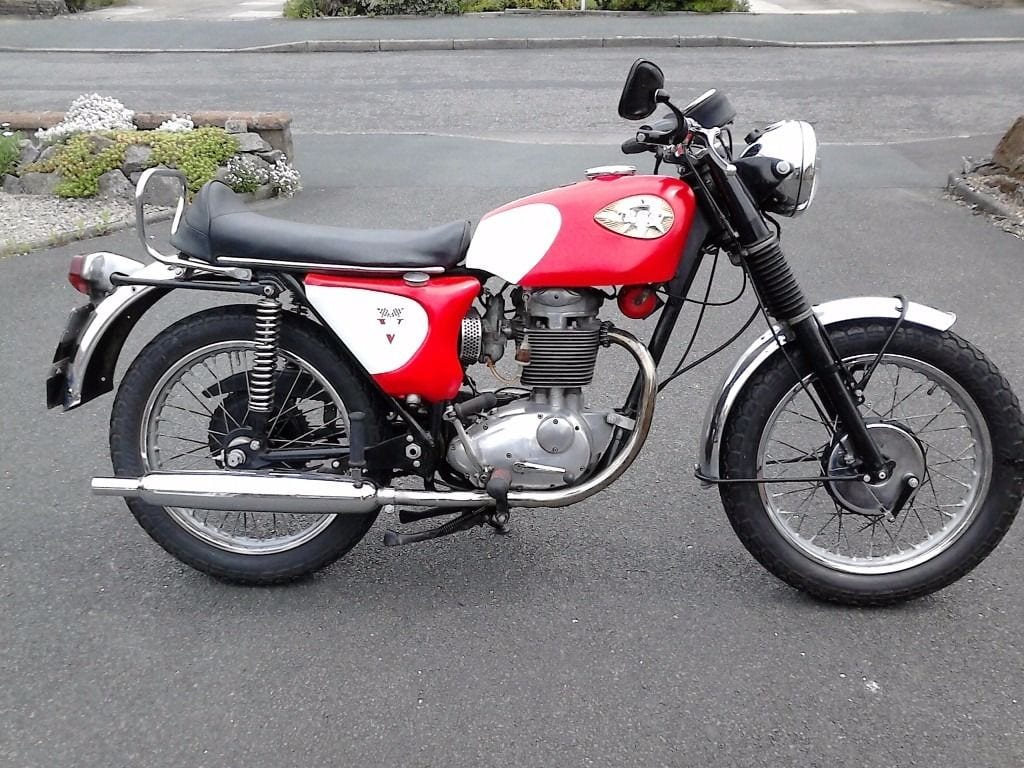 I still remember taking my first motorcycle license test. It was February, 1967 and the temperature was 17 degrees Fahrenheit.

I had already passed the written test a few weeks ago, on a piece of paper that was turned in to a human police monitor. I rode in, nervous but determined to pass. The motorcycle I was riding was a two-stroke 305cc Yamaha. The motorcycle I had waiting at home was a 441cc BSA, a single cylinder 4-stroke with an ultra-high compression. It was running loud and ugly so I knew it wasn’t
the bike to bring in for the test.

The motor vehicle inspector examined my paperwork and said, “Anyone who comes out in weather like this to take a motorcycle test knows how to ride,” It was an assumption on his part but it worked to my advantage. Maybe he just wanted to get back inside, maybe he was a nice guy; maybe the unknown. He pointed to the motorcycle course and said,”Just ride around it once, no fancy stuff and get back here.”

I did what he said. When I got back he handed me the paperwork to get my license. “Be careful out there,” he said.

Many years later I had lost all my driving rights for various nefarious activities. Police chases, drug arrests, driving to endanger, etc. etc. In May of 2004 I rode in to the Massachusetts Office of Motor Vehicles to take my riding test again, having already passed the written test. If I remember correctly, the written test consisted of 40 simple multiple choice questions flashed on a computer screen. I was 58 years old. The Massachusetts State Trooper looked me over. Here I was, a grey-bearded hippie type guy riding a beat-up 1985 Honda Rebel with a 250cc 4-stroke engine. All original stock except for the mirrors, with dents to the tank and everything.

The trooper put his finger on one of the dents.

He asked me to show him the hand signals for right turn, left turn and stop. At first I showed the right turn signal for a left turn, and didn’t show the proper sign for stop because I was nervous. I realized my mistake and said, “Oh, I forgot,” and then showed him all the proper signs.

He looked at me sternly. “Improper use of signals fails you automatically. You’ll have to take the test again. But tell me, why are you learning on your wife’s bike?”

I told him. My wife had died of a drug overdose in 1998 and I inherited it. I let him know I had been riding from 1967 up until 1987 when I lost my license because of a number of offenses related to drugs.

“How are you doing now?” he asked. “You look pretty healthy for someone who used drugs.” I explained that I had gotten clean in 1994 and that was when my wife and I separated. I had taught her how to ride in 1986. “So you haven’t been riding since 1987?” he asked. “Well,” I said. “I haven’t ridden since 1993, to be honest.” His eyes sparked in the sun as he tilted up his mirror-sunglasses and looked at me for a long minute. “Show me those hand signals again,” he said.

I got them right this time, although I knew I had already failed. Acceptance of what was actually happening was the key to emotional success. Sometimes I could make it work for me.

“Okay, take the bike out for a spin around the parking lot and weave through those stations I have set up over there,” he said.

I took it out, putting on the blinker as I pulled out, and cruised the course with ease. I know how to ride. I pulled back over to him, using the stop signal. “You know,” he said, “I think I’m going to pass you. You obviously know how to ride and I can tell you’ve had a hard road. It’s not my job to make it any harder.” He handed me the paperwork and I thanked him.

He said,”Just a minute. I want you to know that the roads have changed a lot since you last rode. They’re not friendly anymore, so look out for the other guy. They won’t be looking out for you.”

I peered back at him and nodded my head, said thanks again.

“You seem like a good guy. I hope things stay good for you.” was what the trooper finally said.

As I went back into the Motor Vehicle Agency I thought about that state trooper. I remembered all the bad experiences with police, but I couldn’t get this guy out of my mind. “I guess they’re not all bad, eh,” I thought.

Two assessments had taken place that day. He’d passed me and I’d passed him. I rode out of the parking lot with my motorcycle license in my pocket, riding legally for the first time in over ten years.