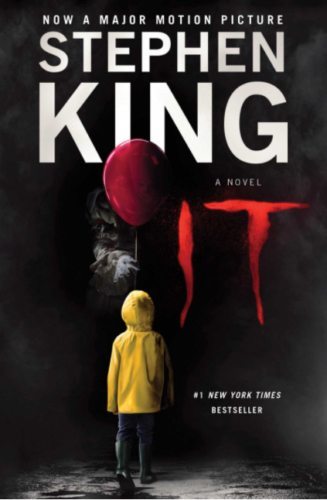 It, a book by Stephen King, demanded to be republished because of its powerful horror, which is personified by a supernatural that becomes Pennywise the Clown. It, the creature, reappears every 28 years and feeds on the children of Derry, New Hampshire.

A group of children band together to defeat this creature. Their power lies in the fact that they let their fear be wiped out and overcome. What does the creature really look like? There can something frightening about a clown, but It is more frightening than that.

Circus clowns make people laugh but underneath the laughter lays fear of the unknown. This book is one of the favorites of the Stephen King’s fan club; it is so popular that it has been made into a show for television. The author, King, was not satisfied with the show, but Pennywise The Clown has a dynamic role.

It has just been made into a movie again this year and Pennywise is much more frightening in the remake. One of the main characters is Bill Denbrough, a young man of 10 who stutters so much that behind his back he is known as “Stuttering Bill”, but no one uses the nickname to his face.

He is the leader of a group of children called “the Losers Club” and they hang out in a forested valley with a stream running through it. This area is called the Barrens and is also the lair of the creature known as Pennywise The Clown.

Pennywise morphs into your worst fear. If you are afraid of spiders, it will appear as a spider. Bill Denbrough has a younger brother known as “Georgie” who was the family favorite. One rainy day Bill builds Georgie a newspaper boat and waxes it so it can run down the streams in the gutters that build up when it rains heavily.

The boat is Georgie’s downfall. In the beginning of the story he is chasing the boat down the ripple of water by the curb and it flows into a sewer. The sewer system connects like a labyrenth under Derry and is the lair of “It.”

Georgie peeks into the sewer in a vain search for the boat and all of a sudden Pennywise the Clown, with a hysterical laugh, holds the boat up and says, “Here’s the boat Georgie; don’t you want it?”

Torn between fear and the desire to have the boat back, Georgie is coerced into reaching into the sewer to take the boat from Pennywise’s hand. Quicker than you can say “rip”, Georgie’s arm is torn from his body. Pennywise disappears into the sewer leaving Georgie dead and bleeding in the street.

The loss of Bill’s brother causes his stutter to get much worse. The Loser’s Club is composed of Richie Tozier, who sees Pennywise as a werewolf, Ben Hanscom, who sees Pennywise as his dad who died in World War II, Eddie Kaspbrak, who is a hypochondriac and his most feared illness is asthma, Stanley Uris, a young Jewish boy who does not believe in the unknown, Mike Hanlon, a young Black boy who grows up to be the Derry Librarian, and Beverly Marsh, a young and the only girl of the group. Her greatest fear is her father, who is not a nice guy.

It by Stephen King is really divided into two stories. In the first half, the children known as the Loser’s Club confront Pennywise in his lair and make silver slugs to shoot him down. Beverly Marsh is the best shot with a slingshot.

Down in the sewers, three school hoodlums, Henry Bowers, Belch, and Huggins, chase the Losers Club down into the sewers, only to become victims of Pennywise themselves. They get caught in what Pennywise calls his “Deadlights” which hypnotize them and make them unable to fight their fear.

I can’t tell you the story of the children’s confrontation with Pennywise because that could ruin the book but afterwards the children clasp hands and make a vow that if the children of Derry begin to be taken by Pennywise again, they will all return to finish him off for good. If they can, that is.

Mike Hanlon, who becomes the town librarian, is the only one of them who remains in Derry. The others leave town and become very successful.

Bill Denbrough becomes a famous horror writer. Ben Hanscom becomes an architect and Beverly Marsh becomes a decorator and winds up living with a man who is very abusive, just like her father.

Richie Tozier becomes a comedian and man of many voices and Eddie Kaspbrak still lives with his overpowering mother but gets rich as the owner of a giant limo service driving famous actors like Al Pacino around Hollywood.

Then there is Stanley Uris, the realist, who becomes a professor. It’s Mike Hanlon’s job, because he remains in Derry, to call the Loser’s Club together again if Pennywise reappears.

By the time the Losers Club starts their entry to middle age, the children of Derry begin to disappear again. It is 28 years later and Mike has to make the calls. No one is happy to hear his voice because of what it means. But they all pack up and leave for Derry, with the exception of Stanley Uris.

Stanley Uris goes upstairs to the bathroom, carefully lays his clothes on the closed toilet as the water in the bathtub fills steaming. Stanley lies in the water, a razor in his hand, and slits his wrists writing as he dies, on the wall in his own blood one word—IT. 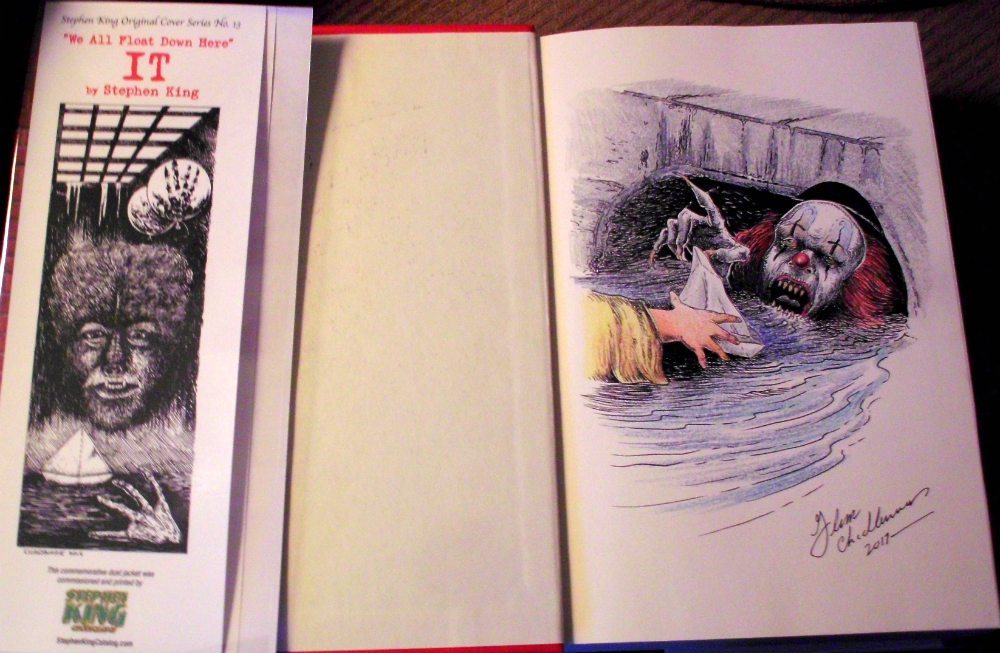