When George W. Bush was running for President, it was scary. I couldn’t think of a worse outcome than having George W. become President. Yet I find it even harder to believe that a man as unstable, dishonest and dangerous as Donald Trump is actually being considered to lead our nation at this crucial time. Donald Trump makes George W. seem like a gem. I’m not saying that Dubya isn’t flawed—I’m saying that Donald Trump—a misogynist, a liar, an arrogant bully—is the worst leader we could ever have for President.

Trump is a racist, a fascist, and his goal is to “destabilize” the election by having his supporters act as “deputized” but amateur poll monitors. The people of our nation, even with all its imperfections, need to really consider whether they want a man at the helm who cares nothing for the country but slavers at the power of the Presidency.

It frightens me to think about what this arrogant man will do if he becomes President. When I watch the antics of Donald Trump, I see Mussolini, Hitler and other maniacal leaders that almost brought the world to the brink of destruction.

When Trump claims that the election is “rigged” against him, he is playing to the worst of the worst of his blind followers, who have already shown that they do not care if laws are broken—as long as it’s okay with Trump.

Trump is destroying America’s political norms by claiming that there is a giant conspiracy between the media and the Democratic Party to elect Hillary by massive fraud. What is worse, Trump’s blind believers follow in lock-step behind his statements, reminding me of Hitler’s Brown Shirts.

I can’t think of anything more ridiculous than building a giant wall between the United States and Mexico. Will this be the new Berlin Wall? Trump appeals to the worst in people—people who want to change the country for the better but are blinded to the fact that Trump is a destroyer, not a builder.
Even worse, just think of the type of person a maniac like Trump will nominate for the Supreme Court of our land. Our next President will probably get to choose more than one Justice for the Supreme Court.

This is the first time any presidential candidate has ever complained about the system being “rigged” before the election has even taken place. It’s almost impossible to rig a national election because the system itself is so de-centralized that it would be too complex to rig a Presidential election in America.

Donald Trump is crying “poor loser” before the fact—which shows a total lack of character on his part. This is not a man who should sit in the office where “the buck stops.” If Trump loses, and I, for one, hope he loses, it will be because he didn’t get enough votes to win.

Just recently Trump met with the President of Mexico and they discussed a few things, one of them being the wall that Donald Trump wants Mexico to build. After the chat, while being interviewed back in the United States, Trump said that the matter of the “wall” never came up.

The President of Mexico, Enrique Pena Nieto, when asked, said that the wall was mentioned and he said Mexico would not pay for the wall. So, already, in an international meeting, Donald Trump did not speak the truth.

For the most part, the United States is working towards becoming a free country. It will be a shame if a man with the nature of Donald Trump steps into the highest office of the land and starts to turn the clock of our country back into a place where racism, misogyny, and bigotry reign.

Donald Trump’s instability is extremely dangerous when I think his finger will be so close to the nuclear button. He is not fit, in my opinion, to be President of our country.

If you’ve read this far and are ready to rip my head off, that’s okay. Just don’t forget to vote. I’d rather see you vote for someone I dislike than not vote at all. That’s what makes this country great. 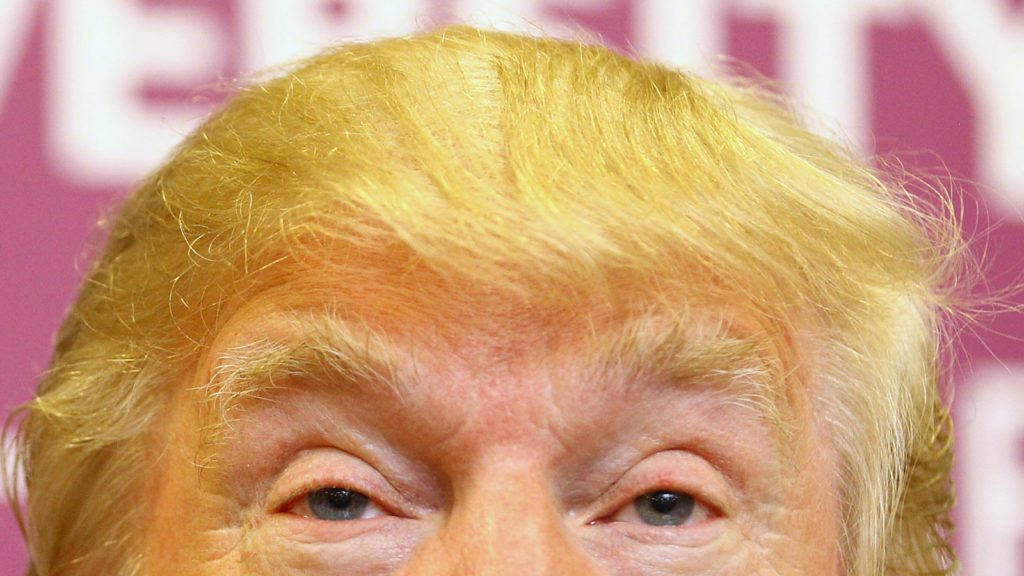