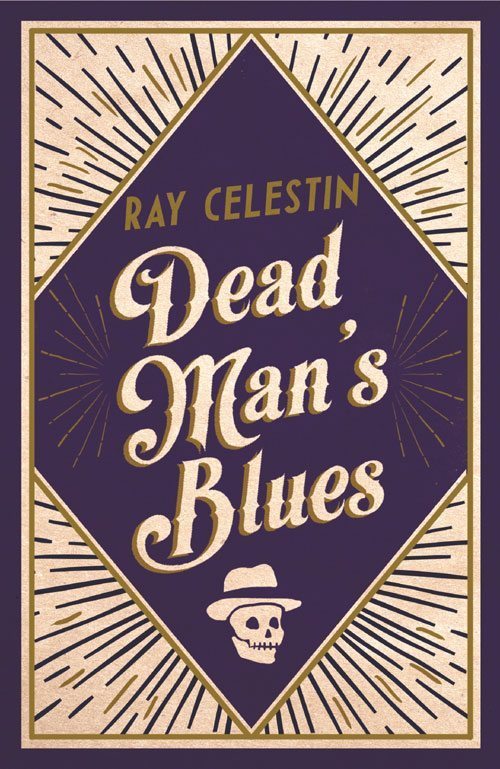 Dead Man’s Blues is a fantastic book that takes the reader back to the wild Chicago of 1928 where the booze and drugs flowed freely. The city is controlled by Alphonse Capone, a man in the grips of tertiary syphilis. The disease is in its third, incurable, stage.

Capone had syphilis for over fifteen years, before he went to an out of town doctor under a pseudonym, and got the bad news. It shook him to his core.

Capone was so upset by the news that he had his bodyguards drop him off at a sauna to relax his nerves. They waited outside while he reminisced the words of the doctor “If it develops into neurosyphilis, the spirochete, like a worm, will enter the brain and attack the frontal lobes—your personality may become exaggerated”. He sat in the sauna brooding until his mood changed when he rationalized that now he could do anything he felt like doing and blame his behavior on his illness.

With this in mind, Al Capone goes violent in the sauna before he leaves, riding off with his bodyguards afterward.

All the greats of jazz make their appearance in this thrilling crime drama—Louis Armstrong, Duke Ellington, Henry Hines, etc. Chicago is the Big City and corruption is its first name.

Pinkerton Detectives Michael Talbot and Ida Davis play a major role in this book, hunting down a serial killer who likes to take out the eyes of his victims and leave them staring into space next to the corpse.

This is Ray Celestin’s 2nd book. His first book, The Axeman’s Jazz, took place in New Orleans in 1919, and a few of the same characters appear, more developed, in Dead Man’s Blues. Two of the main carry over players are detective Michael Talbot, married to a Black woman, which was a big deal back in that era, and Ida Davis, Michael’s Pinkerton’s partner, who is a light skinned Black woman who can pass for white, which she uses to her advantage.

Michael and Ida are offered $50,000, big money in those days, by a society belle, to find her daughter Gwendolyn. But because there is a conflict of interest here, they have to decide whether to take the job and leave the Pinkertons or decline and stay on the payroll.

The Axeman’s Jazz, Ray’s debut novel won the CWA John Creasey New Blood Dagger Award and was shortlisted for the Theakston’s Crime Novel of the Year 2014. Actually, as good as his first book was, Celestin’s 2nd book, Dead Man’s Blues, caps it and is much more cohesive. It appears that The Axeman’s Jazz was the introduction to what is going to be a four book series dealing with the era of Prohibition.

You might not hear much about Ray Celestin here in the United States but his books are both best sellers in Europe. It’s ironic that they deal with our history, the unwritten history of the mobs, the drugs, the brothels, and the free flowing liquor of the time. The story narrates one of the most corrupt periods of the United States.

Another main player in the story is Dante Sanfelippo, a gangster from Chicago, who made it big in New York City. But because of a tragedy unwittingly engineered by men he knew, Dante was responsible for the death of his wife Olivia and a bunch of New York mobsters. It so happened that champagne was laced with poison by guys who didn’t know what they were doing, but Dante was responsible for the distribution of the brew.

The poison brew also struck Chicago. But because of the quick action of a few bodyguards, the politicos and gangsters who drank the poison were rescued by prompt medical help. Al Capone, ironically, calls Dante back to Chicago to find the people at fault for the tragedy in New York and the near tragedy in Chicago.

Ever since the poison brew struck and killed Dante’s wife, he turned to heroin to ease the pain of his conscience. This puts him even more at risk to raise the ire of Alphonse Capone, who hates people who use and/or deal heroin, because he believes it makes them unreliable.

At one point, Dante scores a small block of heroin from his favorite shoeshine man, and goes to the beach to shoot up. While he’s shooting up, a stray dog comes over to him and watches. Afterwards the dog cuddles up to him so he takes it home. One of his friends names the dog Virgil, from Dante’s Inferno, and the name sticks.

Much of what I have related to you is just background information. I don’t want to reveal the main plots of the story because this is a book you should read and enjoy firsthand—after all, it’s a piece of American history that they don’t teach in school. Ray Celestin will be regarded as one of the great fiction writers in the near future. Currently, he lives in London, but you can buy his book, Dead Man’s Blues, at the Harvard Bookstore in Harvard Square.