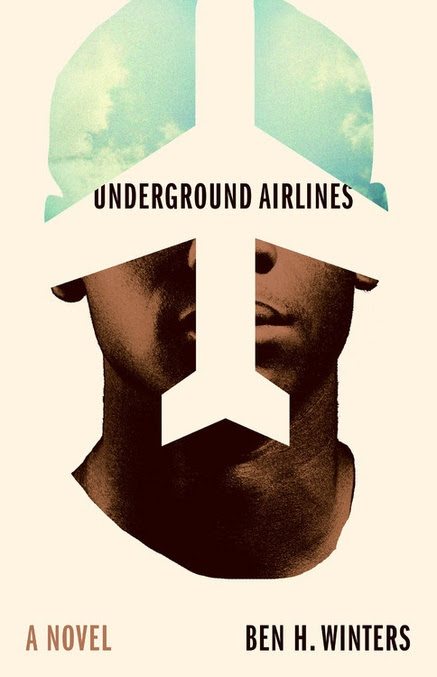 “No future amendment of the Constitution shall affect the five preceding articles, . . . and no amendment shall be made to the Constitution which shall authorize or give to Congress any power to abolish or interfere with slavery in any of the States by whose laws it is, or may be allowed or permitted.”—–The Senator John C. Crittenden Compromise, May 9, 1861.”

Imagine if President Lincoln was shot before the Civil War took place and then, because of that, and the greed of humankind, the Civil War never happened. If you were Black and born into a slave state—there would be no way you could ever be a free man.

There were four states that embraced slavery and even if you ran, there were hunters, most often Black themselves, who work to break into the Underground Airlines, and bring you back. There was no safe place for a slave to hide—unless they made it into Canada. And even there . . .

Ben H. Winters’ new book alters history and tells the story of a Black Man who was a slave, and his price for freedom was to become a hunter of other slaves and in his thankless quest, Jim Dirkson, free since he was 14 uncovers the horrible truth of the Underground Airlines.

With a GPS Tracker buried in the back of his neck, and a merciless handler that he contacts by cell phone, there is no escape. This is not the United States we know, yet, it can be horribly close. It’s not unknown for Black people to be suddenly grabbed and sold into slavery—their entire previous life erased by the press of a button on a computer.

The man we know as Jim Dirkson is closing in on a “runaway” slave who is waiting for his flight. Yet neither of the men have any idea of the situation they are really in.

The horrors of the jobs a slave must do include long and monotonous days. Our runaway would, for twelve hours a day, pluck the loose threads from the collars of shirts as they continuously rode up an assembly line. They are the type of jobs no one in their right mind could do for long.

These were slave jobs. Imagine, in the modern world, there being 4 states where it was legal to own a thinking, feeling man or woman just because his skin color is darker than yours.

“Under the Fugitive Persons Law, those who escape from service are to be captured and returned, anywhere they are found in the United States, slave state or free.” This is why Canada is the only answer, or any other country that doesn’t condone slavery.

Back in history, the escape route was called the “underground railroad”; there were no aircraft. Times have changed. We have aircraft, and GPS trackers, yet slavery still exists.

In Underground Airlines, Ben H. Winters has written his best book yet. It is certainly his most frightening tale. I saw copies of this book in the Harvard Book Store, one of my favorites, in Cambridge. If they don’t have it, they will order it and it will come in quickly.

I can’t tell the story like Ben H. Winters narrates the Underground Airlines, so I won’t. I hate spoilers in book reviews and try to avoid them as much as possible. His last three books, The Last Policeman trilogy won the 2012 Edgar Award from the Mystery Writers of America. The second book of the trilogy, Countdown City, was an NPR Best Book of 2013 and the winner of the Philip K. Dick Award for Distinguished Science Fiction.

Ben H. Winters is truly coming into his own. Right now Goldsboro Books in London has a Limited Edition and the last time I checked they had some left. I’m sure these Signed and Numbered books will be collector’s editions in the near future.