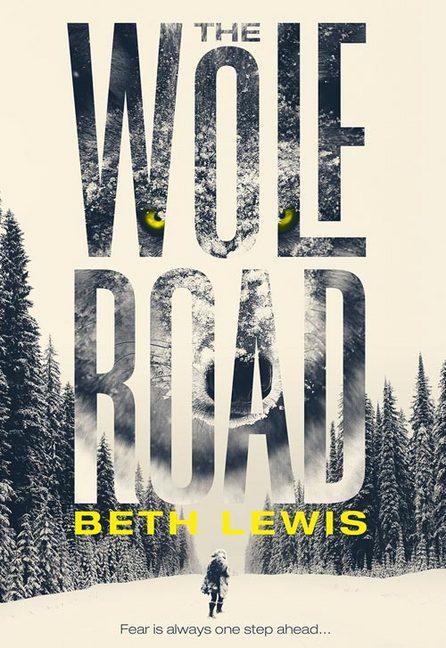 “Think on why I ain’t killing you.”—-Kreagar

Elka doesn’t remember her parents. She lives in the wilderness, after a war that destroyed civilization, with a man named Trapper. Trapper teaches her to survive in the wilds but hates the small towns around them; he has a terrible secret that he doesn’t want Elka to find out about.

For a brief time before living with Trapper, Elka lived with an old woman she called NaNa, but Elka got separated from her during a “thunderhead”, a giant storm that occurs sporadically since the wars, that the people refer to as “the Damn Stupid”, wrecked the infrastructure of civilization. From the description of the world, it sounded as if it was a nuclear war.

Elka was about 7 years old and wandering about in the woods when Trapper found her. He told her that he would take care of her until they found her NaNa. She was a little frightened of him because he had what looked like blue mud pictures on his face that didn’t come off.

One day Trapper came back and told Elka that her NaNa was crushed by a tree during the last “thunderhead”, but he said he would take care of her. Trapper taught Elka to hunt, build snares, skin rabbits, squirrels and deer, and generally how to survive in their world.

Trapper had mean parts to his personality, and one time Elka cut herself and spilled her blood over a snare. Trapper made her sleep outside by the snare for three days because he no animal would come near a snare that smelled of human blood.

The description of Elka’s life with Trapper takes place in the first 50 pages. At the end of her apprenticeship, Elka is about 17 years old and a really strong woman. This is where the story really begins.

So I haven’t told you a lot of the story, just some clues as to how the book begins. It’s really an exciting story where the tension builds as Elka goes to town for the first time and sees a Wanted Poster with the picture of the man she lives with. Elka knows him as Trapper but the Wanted Poster calls him Kreagar Hallet and says he is wanted for murder.

Elka is approached by the sheriff of Dalston, the nearest small town to where she lives. The sheriff, Jennifer Lyon, claims that the man Elka knows as her father is the killer of eight women and one child.

Elka is dumbstruck by this information. At this point she feels she needs to get out on her own and think things through, never realizing that the man she calls Trapper and thinks of as her Daddy, will track her, no matter where she travels.

The book is told in 1st person narrative. At first, Elka’s way of telling the story took a little getting used to, but once I got used to her thought pattern, the book was difficult to put down. This is Beth Lewis’s first novel and it is a wonderful beginning.

When a civilization breaks down, a feudal society fills the space. Women, on their own, need to know how to fend for themselves or men quickly take them into servitude. In today’s world, we call them pimps.

Elka meets friends along the road, and I use the term friends loosely. We cannot always trust someone we think of as a friend. Religion has its place in the world, and in a world where life is savage, so are so-called men of god. Blood is more than symbolic in one church that Elka stumbles into.

Luckily, Elka is quite strong and her naivety quickly dissipates which makes it possible for her to survive. Elka is hunted, by more people than her father, and her travels are full of interesting situations.

The Wolf Road gets its title from the nature of the path on which Elka finds herself. The world is strange and, at one point in the story, she camps at a lake that radiates warmth. She is lucky to get away with her body intact.

One of Elka’s friends camps there with her father and their story does not end happily. However, if that event didn’t take place, Elka would not have met Penelope, a woman of the same age who teaches Elka some useful things—yet there is something about her that makes Elka wonder if she can be trusted.

I purchased the book from Goldsboro Books, a specialty book-seller in Europe. It is a Signed & Numbered edition for a fair price. There were only 750 copies printed. I highly recommend that bookseller which can be found on the Internet. There were still some copies left the last time I checked.

Here, in the United States, the book will be released on July 5th, and by the time you read this, that date will have come and gone. I always recommend the Harvard Book Store, one of the few independent booksellers left. If they don’t have it in stock, they will be happy to order it for you.

The Wolf Road is a great summer read and I’m looking forward to Beth Lewis’s next book. It’s a great, if a bit dark, adventure.