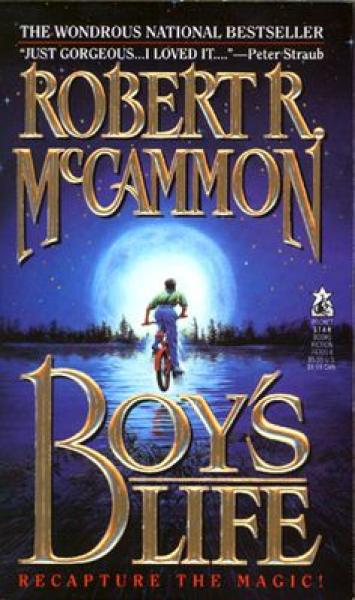 Zephyr, Alabama is a small town where Cory Mackenson grew up in the early 60’s. His father, Tom, was a milkman and sometimes Cory would ride with his dad early in the morning and help drop off the full bottles of milk and cream and pick up the empties to bring back to the dairy where the bottles would be washed and sterilized and readied to be filled again.

I remember those days myself because, at my house in North Arlington, New Jersey, we had an insulated box where the bottles would go when we finished the milk and then, in the morning, I would go out and get the fresh bottles of milk, sweating in the early morn, and bring them in the house. Those were the days before the big box supermarkets opened up, putting all the mom and pop grocery stores out of business.

The small dairies went down too because everyone bought their milk in those big box supermarkets with the angry lights where the people behind the cash registers would ring up our orders and take our money but they wouldn’t know our names. The world changed and a boy’s life isn’t the same now as it was when I was young.

Cory was out on an early morning run with his dad on a curve near Saxon’s Lake, the lake that was rumored to have no bottom, and as they went round the curve a brown car rolled across the road into the lake. The lights were off but they could see someone behind the wheel.

Cory’s dad, Tom, jumped out of the milk truck, dove into the Saxon’s Lake to save the guy and when he got to the car he looked in and the man’s face was all battered and bruised and he was handcuffed to the steering wheel. There was nothing he could do but he knew that vision would haunt him the rest of his life.

However, there were answers to be found and I dare not spoil the world you will enter when you travel to Zephyr. It becomes your town and your life. When Cory sees the look on his dad’s face as he comes out of the water, he knows that a major, life-changing event has taken place.

This book is one of the most wonderful stories I have ever read. Robert R. McCammon has that special touch with words—he brought me back in time and I felt that I was living this story. All the different issues that I remember from my childhood such as segregation, bullying, long exciting bicycle rides, events that took place in my place of worship and so much more were magically brought back to me as I read the adventures of Cory Mackenson in the small town where he grew up.

The mixture of events that take place touched me personally; the loss of a young friend; the mom and pop grocery store my father owned in Newark, New Jersey, where all the customers were Black (we used the word Negro back then) and the different lifestyles I encountered when I worked in my dad’s store.

In Boy’s Life, when school ended for the summer the warm lazy adventurous days ahead stretched infinitely into the future. Robert R. McCammon, the writer, actually made me feel like I was Cory and was re-living my childhood through his words. McCammon has written many books that insert the reader into his world. He’s truly a great writer.

Is Boy’s Life McCammon’s best book? Some say so because it is a book that many of us who are still alive can repeat our own young days and the summers that would never end.

There is so much I want to say about this wonderful book but I don’t want to spoil the story for you and reveal the life of the town of Zephyr, on one side of the river, and the magical Blacktown, on the other side of the river that cuts through the towns and divides them into two.

What’s in the river that scares the folks so much? The Lady, the matriarch of Blacktown is more than a century old and no one dares cross her unless they want to be haunted. Yet The Lady is also a healer and peacekeeper and plays a large part of the life of Cory Mackenson.

And no good mystery river could be complete without its resident water monster, which is fed raw meat by the folks of Blacktown every year on Good Friday.

This book was written over 20 years ago but it is still available in stores and various websites for a reasonable amount of money—both in hard cover and pocket book editions. I bought mine in the used book department of Harvard Book Store for only $3.50.

There are not many adventures that cost so little and mean so much. I highly recommend this book. If you read it you’ll be glad you did and you will certainly seek out other books by Robert J. McCammon. Such as McCammon’s Matthew Corbett series.

McCammon’s Matthew Corbett series is into it’s 6th book now and he hasn’t lost his touch even though he’s now close to my age. I have all six of those books and I’m waiting for the last two to bring closure to the riveting adventures of Matthew Corbett in the 17th century.

This is not a Matthew Corbett review, so I shall end by speaking of the magic of Boy’s Life by Robert R. McCammon and the fact that, of all the multiple tales within this book, Mr. McCammon is able to tie the knots of each one and I was left more than satisfied. I believe you will be overjoyed that you chose to read Boy’s Life.