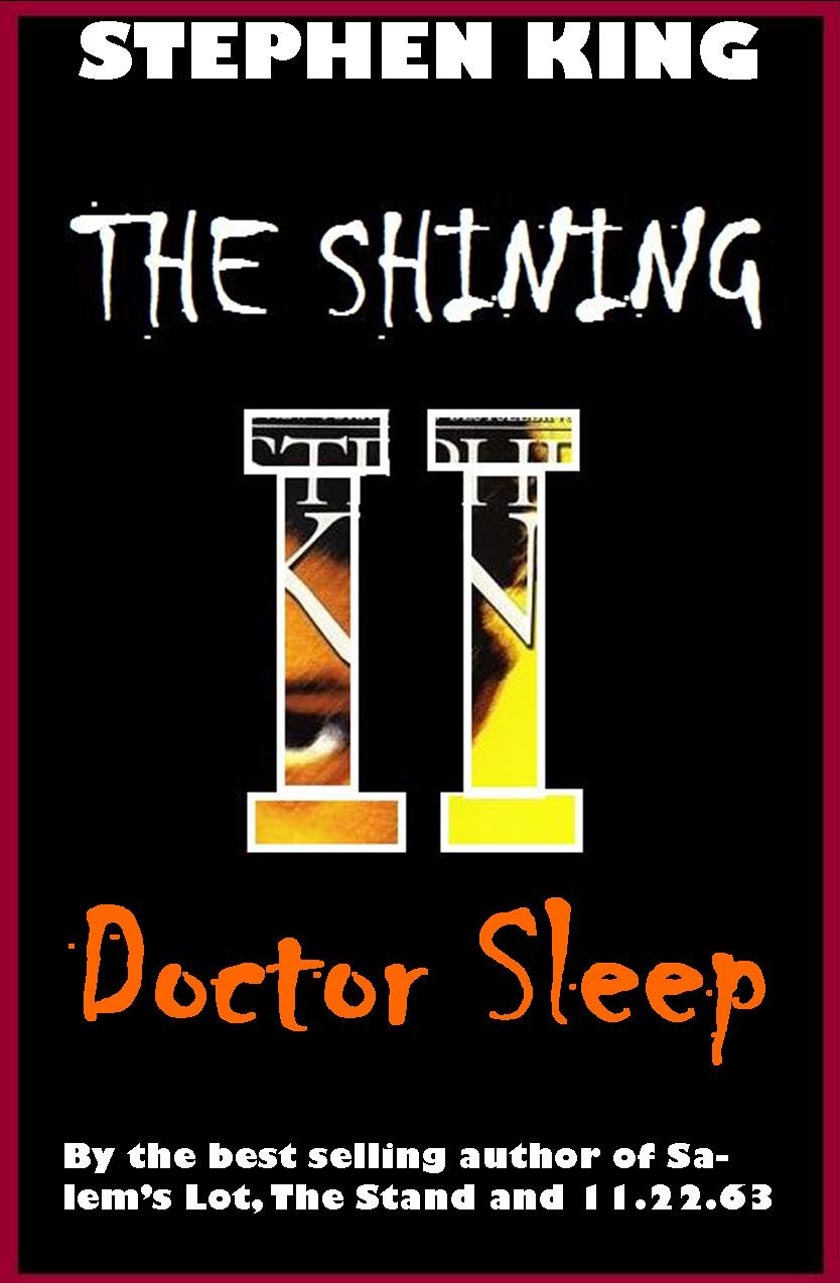 “We stood at the turning point. Half-measures availed us nothing.” The Big Book of Alcoholics Anonymous

I’ve been reading Stephen King since I was young. Let me make this clear: young is a variable for me. The first book I ever read by Stephen King was The Stand, a book of about 800 pages. It was supposed to be longer but King’s publisher didn’t think a book that ran over 1100 pages would sell, so they asked King to cut, cut, cut, but no pasting, until they felt it was marketable.

The ravaged version, which, by the way, was great, came out in 1978. Years later, when King’s popularity was peaking, they released the full version. This was in 1990. It is now 2013 and Stephen King, after completing his magnum opus called The Dark Tower, is at his best.

King’s newest book, Doctor Sleep, was just released (528 pages). Way back when King was starting out, he wrote a book called The Shining, which was later made into movie starring Jack Nicholson. My guess would be that more people saw the movie than read the book, although the book sold quite well. The Shining has 447 pages, which makes it one of King’s shorter novels.

To appreciate Doctor Sleep, one does not need to go back and read The Shining, however, it might add some flavor to the experience. Loosely speaking, they are sequential.

The main character in Doctor Sleep is Dan Torrance. He is in his early 30’s in Doctor Sleep; in The Shining Dan Torrance is a little boy who sees more than the normal person. To be hyper-aware is not always a gift. If you can shake someone’s hand and see their imminent death, it’s hard to smile and say, “Have a good day and it was nice to meet you.”

As an avid reader, I hate book reviews that spoil the fun, if that would be the proper word to use for one of Stephen King’s books. I find myself faced with a conundrum. I don’t want to spoil Doctor Sleep. But I do want to tell you why I think it is Stephen King’s best book.

It’s quite different than his 7 book Dark Tower series- which is the modern Lord of the Rings. But Doctor Sleep touched me in a very special way.

If you happen to be an alcoholic in recovery, you will love Doctor Sleep. Boy, I put myself out on a limb there, didn’t I? But really, I mean it. Even if you’ve never read a King book before, if you are in recovery, just pick it up and read the first ten pages, including the quotes at the beginning of the book.

I’ll go one step further. If you’re an alcoholic or a drug addict who is still using but doesn’t want to use anymore, pick up Doctor Sleep and read it. Then go to an AA meeting or an NA meeting. You don’t have to wait until you finish the book. After all, you’ll want to be sober enough to remember the damn thing, right?

Just like Dan Torrance had the Shining when he was a child, in Doctor Sleep there is a little girl named Abra Stone who Shines like the sun. She’s got some power, all to the good.

There are other folks cruising down the highways and byways of America. You’ve probably seen them in their big RV’s, mostly retired people who are past their mid-sixties. Looks are deceiving my friend. Just like there are motorcycle clubs called The Devil’s Disciples, it could be that not all of these old folks have warmth in their hearts.

There is a gang of them that calls themselves The True Knot and they hunger to live. What they need is children who Shine and, just like vampires drink blood, these folks drink the Essence of the children. No, no, the children don’t survive. The True Knot has been around a long time. They traveled in covered wagons back in the day.

And, just like true Bikers, these folks have names like Steamhead Steve, Black-eyed Susie, Diesel Doug, & Steve the Chink, who is not Chinese. Their leader is a big woman who wears a sinister top hat and they call her Rosie the Hat.

They don’t like dogs and dogs don’t like them but they love children. Children who Shine. You know that statement from the old rock songs, “you always hurt the one you love”. The True Knot does just that.

Abra Stone picked up on The True Knot when they were draining the Steam from this young man, about 12 years old and never to see another birthday—she hooked in on what they were doing with her Shining and began to scream as she pulled away.

Not quick enough. Rosie the Hat sensed her and knew that, whoever that young girl was, she was definitely a large store of food for The True Knot. And that’s all I can say about that because I don’t want to ruin the story for you.

Dan Torrance, who we talked about before, has a job to do. When the teacher is ready, the student will appear. That’s an old saying. I don’t even know where it came from but it definitely applies here. But this is enough about Doctor Sleep. I’ve probably told you more than you want to know. This is Stephen King at his best and his heart is really in this book.

All of us, one way or another, reach a turning point in our lives and we either take the path we were meant to take—or we slip down the dark road. I’ll have to say that I was lucky and took the right path after 30 years of dark road. But it’s never too late for anyone as long as they are alive.

But watch out for caravans of RV’s with those bumper stickers that say “Old but not dead, save Medicare, I’m a conservative and I vote.” You never know whether they’re out hunting or Sight-seeing.

Oh, Doctor Sleep works in a Hospice. We come to find that the ties that bind a family together are stronger than we believe. The truth is always just one stranger away.

Whether you are a friend of Bill’s or just a close cousin, this is not a book to miss.
_”DoctorSleepBook.com”—SimonandShuster.com”