(My wife and I were high after busting her out of detox and, after getting drugs from a couple of doctors, I was in a dream.)

The priest looked at me and said “let us pray” in a sing-song voice and he got down on his knees. I heard him moan and I ran out of the church. As I ran I heard a woman singing.

There was a phone booth in front of the church and I had to call my wife to make sure she was all right. There was a man using the phone. He turned and smiled at me as I walked up. He was missing some teeth and his eyes were shining blue light and spittle was flying out of his mouth as he talked into the phone.

I heard him say that I was dead and wouldn’t be coming back to the treatment center and a panic hit me like I knew the night would never end and I ran. He ran after me with one pants leg flapping loose and I only had one shoe on and the gravel burned my foot and I looked back and he was laughing from his eyes and I knew he would catch me. I tripped and was still falling when I could smell his breath hot and rotten and I felt myself slipping away.

I woke up screaming.

My wife and the guy had rented a small place in Ludlow and after eight days the police came and picked him up for violation of parole because he was court committed to the treatment center as a condition of release. They lugged him back to prison.

Sascha started coming around to the treatment center and asked me if I would go back with her. The counselor there said he thought I should go into a halfway house and keep away from my wife for a while. Right before the interview for the halfway house I left treatment and moved back in with my wife but things didn’t seem like they used to be.

Three days later I cashed a refill for some Klonopin and then went to a doctor for some cough syrup. We didn’t have enough money to fill the script so we pawned the TV. On the way back I was too messed up to drive and sideswiped a chain link fence. A section of it came down and my wife took over the wheel and we sped away before anyone came.

Two days later when my retroactive disability check came to our post office box I went to another doctor to get a script and he said that the pharmacy had called him and that I had been going to doctors all over the state to get narcotics and everyone had my name. He told me if I ever came back again he was going to call the police and I was through around here. He was still yelling at me and I gave him the finger as I left the office.

Sascha and I went to a bar and had a few drinks so we could think straight and we decided to move to South Carolina with the money so we could start fresh and make a new life for ourselves. That night we loaded the truck wit the stuff that we wanted and left for South Carolina before the sun came up. I was starting to get dope-sick so we stopped in the Great Brook Valley projects in Worcester to buy some heroin so we could make it to New York City. We figured we could get enough in New York to hold us for the entire trip.

The stuff we got in New York was so good that we stopped in a motel just past Washington and didn’t leave the motel till it was all gone. We started stopping at doctors in the small towns on the way down and once Sascha fell asleep at the wheel and we scraped a cement bridge and the truck spun around on the highway but nobody else hit us. I took over the driving.

When we got to South Carolina we found a place to rent really fast and it was a lot cheaper than up north. We were really excited as we moved into the new place and I went to a small medical center and got a script for cough syrup and pills and we celebrated that night.

I fell asleep with a cigarette and when I woke up the couch was smoking and I could hardly see. I opened the windows and the door and poured water on the couch. I fell asleep next to Sascha on the bed with my clothes on and that night I had a dream about a church again but this time the church was empty and I got down on my knees and cried. 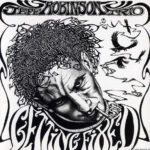 (Obviously there is more to the story. Another chapter has been written and it is called Getting Fixed In South Carolina and it is on a spoken word CD performed by the Jeff Robinson Trio.)