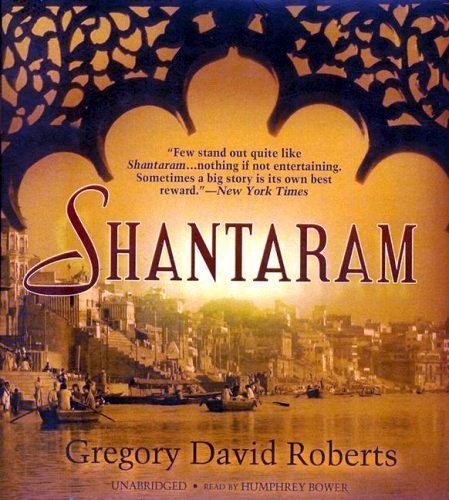 My daughter gave me a soft cover edition of this book. I held it in my hands and looked at the massive size of it. I flipped to the back and thought, “Good God, 936 pages. I’m never going to get through this.” I almost put it aside and then I turned it over and read the blurb about the author.

Gregory David Roberts, born in Melbourne, Australia. It appears that he was sentenced to 19 years in prison for armed robbery. Why? Because he was a heroin addict. After serving 10 years, Roberts escaped from prison and went to Bombay, now known as Mumbai, in India, where he lived for ten of his years as a fugitive.

Okay, I was interested. So I started reading. I was hooked almost immediately. As I continued I realized I was experiencing one of those rare times for an avid book reader. This was a book I did not want to end. I was ecstatic that the book was so long. And it kept getting better and better.

Unbelievable! While I was reading Shantaram, I actually kept bursting out in laughter. How many books can do that? I don’t mean that I was chuckling quietly to myself. I was exploding with laughter. Come. Let me give you a small taste. After a long trip across part of India with Gregory David’s friend Prabaker, who called Gregory ‘Linbaba’ for most of the time, they had arrived at Prabaker’s small village. 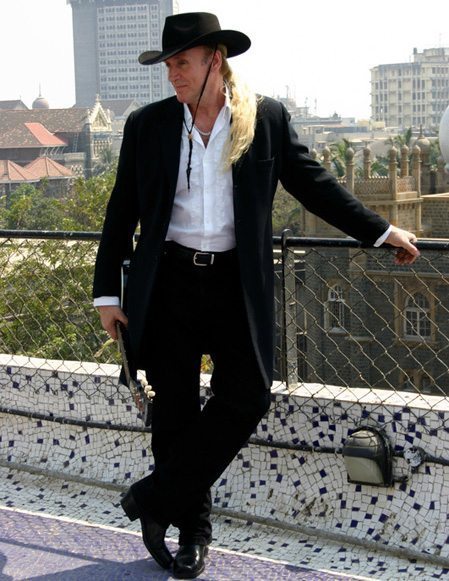 (Excerpt begins.)
“Prabaker said, “You must have a bath, Lin. After such a long travel you must be smelling unhappy. Come this way. My sisters have already heated the water on the fire. The pots are ready for your bath. Come.”

“We passed through a low arch, and he led me to an area beside the house that was enclosed on three sides by hanging tatami mats. Flat river stones formed a shower base, and three large clay pots of warm water were arranged near them. A channel had been dug and smoothed out, allowing water to run off behind the house. Prabaker told me that a small brass jug was to be used to tip water over my body, and gave me the soap dish.

“I’d been unlacing my boots while he spoke, and I cast them aside, threw off my shirt, and pulled off my jeans.

“’Lin!’ Prabaker screamed in panic, leaping, in a single bound, across the two metres that separated us. He tried to cover my body with his hands, but then looked around in anguish to see that the towel was on my backpack, a further two metres away. He jumped for the towel, snatched it up, and jumped back, giving a little shout of panic – ‘Yaah!—each time. He wrapped the towel around me, and looked around in terror.

“’Have you gone crazy, Lin? What are you doing?’

‘You were naked, Lin! Naked, without any clothes also!’

‘That’s how I take a shower,’ I said, exasperated by his mysterious terror. He was darting about, peering through the tatami matting at various places. ‘That’s how everyone takes a shower, isn’t it?’

‘No! No! No, Lin!’ he corrected, returning to face me. A desperate expression contorted his normally happy features.

‘You don’t take your clothes off?’

‘We wear it the underpants, for having a bath in India.’

‘Yaah!’ Prabaker screamed, diving for the towel and covering me again.

‘Yea. Certainly. Like these, my ones, that I am wearing.

“He unbuttoned his own trousers enough to show me that he wore a pair of green shorts under his clothes.

The clash of cultures is so well done and so humorous that I couldn’t stop laughing. Even when lives are at stake, and that takes place in this marvelous story, there are moments where you will not be able to restrain your laughter. Or your tears. Yes, there are times when I cried, literally had tears spilling down my cheeks.

This is the story of a man traveling through life, fighting his demons of addiction, falling in love, and meeting people in unusual circumstances. Linbaba, or as he is known in Australia, Gregory David Roberts, is on a journey of growth, an epic tale that is unbelievable. But true.

Like I said before, this numbers among one of the ten best books I’ve read in my life—and I’ve read many. I read books like people eat happy meals. Sad to say, I’ve finished the book but I will go back to it.

My wife is reading it now and the she is laughing out loud too. I’m watching her read and loving her enjoyment.

You could say I’m a bookworm. I’ve never read a more realistic description of drug addiction. Gregory David Roberts has a special way of reaching the heart. His heroin addiction is minor part of the entire book yet he does it better than William Burroughs. Upon reading this book, I had to have a hard cover signed edition — book collector that I am, so I bought it from an Amazon vendor. However, I’ve seen this book at The Harvard Book Store in paperback. This massive book brings Bombay, now called Mumbai, a city in India, to life. So wonderful, I just can’t praise it enough.

In brief, Gregory David Roberts, a career criminal because of his addiction, escapes an Australian prison after serving 10 years of a 19 year sentence and travels to Bombay. And the odyssey begins. A guide named Prabaker is one of the warmest human beings I’ve ever met in the pages of a book. If you’ve read a book and never wanted it to end, then you know how I felt about Shantaram. Wonderful, heartbreaking, exciting, uplifting! I can’t say enough about it. So I’ll stop right now! — Marc D. Goldfinger