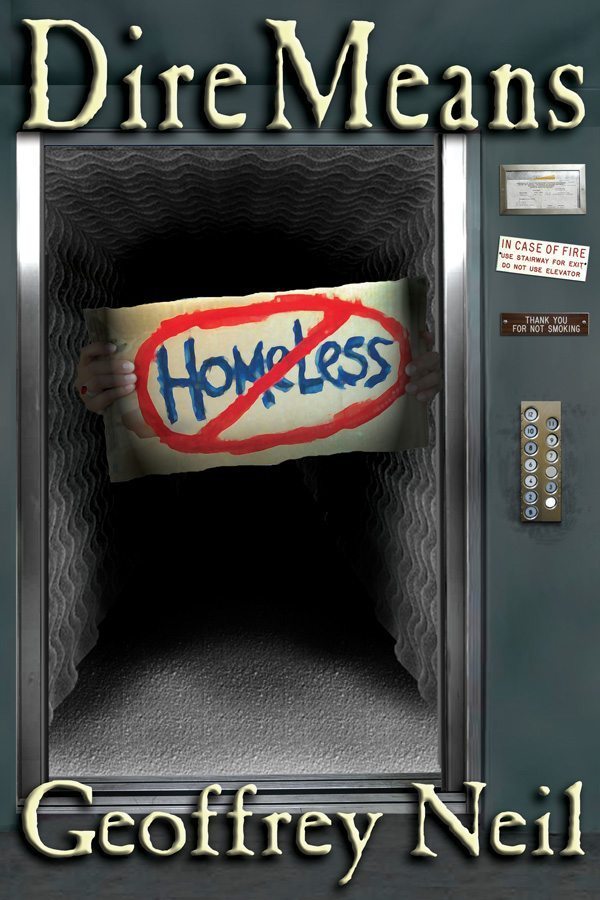 I found this book through a friend on line; it seems that stores generally don’t carry it. It is a story about one man and his organization who decides that he will end homelessness once and for all.

Now Spare Change News is a paper that deals with homeless issues so I felt duty-bound to read and report on this book which, unfortunately, has not received much press. To be honest, I wasn’t looking forward to it. I thought I would be slogging through a 300+ page book, but like I said, because it dealt directly with homelessness, I felt I could not ignore it.

Was I in for a surprise!! Before I had read ten pages I was gripped with the desire to find out what would happen next. Then, even after I was hooked, the intensity began to build and I found myself totally engaged with the lead character, a 28 year old computer techie named Mark Denny, and the situation into which he found himself thrust.

You know the expression, “No good deed goes unpunished.” Well, it certainly applies here, and by page 36 Mr. Denny finds himself knee-deep in it. Little does he, or the reader, know that upcoming twists and turns will find Mark Denny a public figure, heroic in scope, with his position constantly shifting.

As I said earlier, I thought this book would be a chore to report on. How wrong I was! I found myself gripped by the tension and flipping from page to page. I literally couldn’t put the book down.

It was a weekend and my wife, as understanding as she is, said to me, “Well, are you going to spend the weekend with the book or me?” in more ways than just verbally. But I was hooked.

From the moment that, for selfish reasons, Mark Denny decides to help two scam artists harassing drivers for “gas money,” he finds himself in a predicament that would give PTSD to anyone to the moment, soon after, where he is attempting to rescue a “homeless” man from a certain suicide because he really wants to be a good guy, the story whips into the fury of a hurricane.

The story takes place in Santa Monica, California. People are disappearing at the rate of one a day. We’re talking business executives, rich housewives, arrogant teen-agers, average middle-class citizens, not homeless people at all.

Then, days later, they start to reappear, dead, with camera footage from digital cameras hung around their necks showing them abusing, either verbally or physically, homeless folks. Their Cause of death—starvation and thirst.

Santa Monica goes into panic mode. All of a sudden no one wants to abuse, through neglect or otherwise, homeless people or people who appear down on their luck.

Because of his selfless act on the roof, saving a “homeless” man from suicide, Mark Denny’s hero status brings him into contact with the very people who are “disappearing,” the abusers. And he finds that, somehow, someway, he is the only person who can bring the horrific means these people use to end homelessness to a halt. That is, if he can survive.

It is amazing how quickly one can go from hero status to fugitive status. Mark Denny finds himself brought into this organization which operates with technological expertise, lethal manipulation, and is a trusted information disposal company which, by its very nature, escapes suspicion and is held in extremely high regard by the business community.

Mark Denny, the hero, the computer expert, the homeless sympathizer, is brought into this organization and, little by little, the doors are closing behind him, and, before he knows it, there is no way out.

I could say more but why would I want to? This is a book that must be read. I guarantee you will be turning pages and ignoring everyone around you.

What’s the difference between a homeless person and yourself? One wrong corner turned, a hurricane, a mugging or an information specialist with a Taser.

Access to Dire Means can also be found on Facebook. I had mine specially ordered from the Harvard Coop. Dire Means copyright, 2009.

Please Note: much more on Goeffrey Neil can be found via his web page by clicking here…